Before joining the Harvard team, Adriana gained valuable experience working at Duggar, Vick & Co. from 2008 to 2013. She became a partner of the firm in 2013, which was later renamed Duggar & Bush, PA.

Adriana earned a bachelor’s degree in business administration from the University of Florida in 1999 and a master’s degree in taxation from Florida Atlantic University. She also spent eight years working as an accountant and accounting software consultant in the produce industry.

We are grateful to have a person of Adriana’s experience and professionalism as part of our executive team. She has already had a significant impact on the clients she serves and will continue to do so as a partner. Congratulations, Adriana! 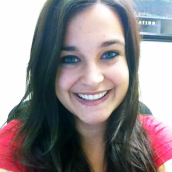